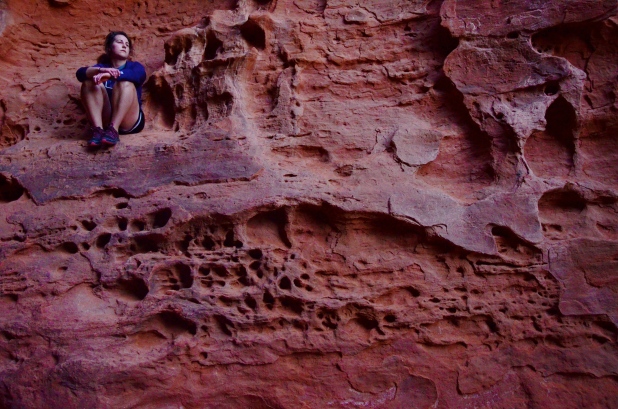 An interesting bit about the church of Dolores Mission is that it houses the homeless during the nights. When this practice was first starting there were some people of the community who’s noses weren’t too pleased. For the church was originally covered in carpet and after many nights of homeless men sleeping there with their various ailments and such, you can imagine the smell that began to arise within the church. The community then gathered to decide the fate of this practice and if the homeless should be moved. The very first person to grab the mic began inhaling deeply while standing in the smelly church and in front of everyone said, “To me and my mother, it smells like roses.” That was the end of the conversation, from then on the church became a shelter for the homeless and the community of Dolores Mission fully surrendered to the will of God. It has been a blessing to be a part of this community and to see great things happen just by allowing the Spirit to move freely.

This morning we had to say goodbye to our host families and start on our journey to Helena. After eating delicious pancakes made by our wonderful host mother, we set off into the sunrise for the vans parked at Dolores Mission. As we were walking, Cory had noticed that all around this community it smelled of roses. He had a great reflection tying it all together with the story mentioned above. This community does smell like roses and it is beautiful with a goodness that is difficult to describe. God is with this community in a very real, authentic way.

Before leaving LA, we got to pray one more time with Fr. Ted as he led us in a reflection over our journey through Dolores Mission. It was here that for many of us we were able to see God and start to prepare our hearts for our own mission. I ask that all of you reading take time to reflect with us and look to your own life and your own journey and ask God to prepare you for the mission. He asked us to journey back through our lives and our time in East LA looking for God’s call to live the Gospel in our own lives back home. It was during this time that I realized this week had not just opened my heart but ripped it open. The people of this community had tilled the soil of my heart.

As the mini vans headed for Snow Canyon State Park, Fr. Ted’s reflection remained planted in our hearts. While at the slot canyon we were able to soak in God’s creation and let that seed start to grow into something concrete and real. And it was something else! We all got to take some time to look and really see, touch and really feel. Through God’s creation we were able to open up our senses to be more attentive to His voice. This then prompted a discussion on our car ride home that really bore some amazing fruit. One reflection in particular was that of the Gospel where the widow gave to the treasury not from her excess but from her poverty (Mark 12: 41-44). We realized that we met this woman of the Gospel while at Dolores Mission. We encountered people and had host families that gave their all. They were in extreme poverty and yet they still gave. How many times do we give from our excess and think that we’ve “done enough” or that we’ve made our weekly sacrifice? These people gave all that they had and even if they seemingly didn’t have anything they would look harder and find something. They are the women from the Gospel, they are all living the Gospel completely and therefore living fully. Once again, I’d like to go back to Fr. Ted’s last conversation with us where he was frank and said that Dolores Mission is not there because of the wealth of the rich but because of the love of the poor. We are all called to don the spirit of the poor. This means that we are called to give not from our excess but from our poverty. It is here that we begin to experience the love of the poor in our own hearts. This love is one that is deeper than I, and most of us, have been able to encounter. We’ve been moved to compassion, to suffer with, and carry these people with us. We’ve been called to a new depth of love.

I hope that our story has begun to till the soil of your own heart and opened it to new growth ignited by the Holy Spirit. Become the face of the faceless in the Gospel and don the spirit of the poor.